Seth MacFarlane, the creator of Family Guy, was the guest last night on CU. I directed, of course, and the show went pretty well. Of all things, we were impressed with the timing of the credit music at the end of the show. It ended exactly on time. Perfect. Of course, I had it planned that way all along (yeah, right). I think some people on the show were astonished that something could be timed so well. At any rate I think it earned me a little bit of credibility at TrojanVision. Anyway, Seth talked about the show—Fox picked it up again—and did a voice or two. It was a very fun and energizing show. Seth is a cool guy. I wonder if he needs any writers for his show? 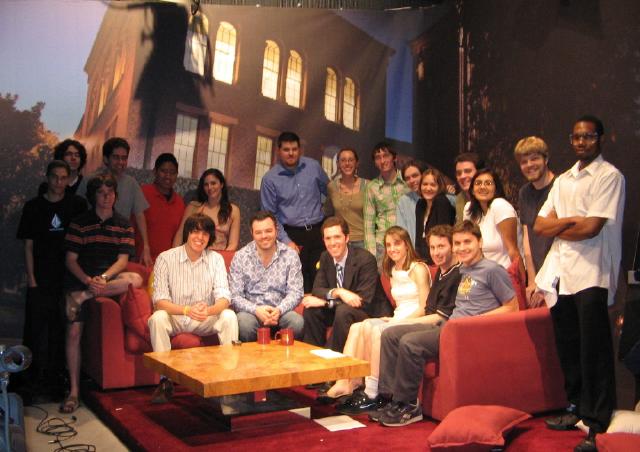 I think that Seth’s alter-ego is the character of Brian on Family Guy. His normal voice sounds a lot like him. And that’s just the overall feeling I got from the show that night. I dunno. Watch it and find out. The episode should be in the video server loop for at least a week, and I’m sure the producers want to hang on to it.