I spent the entire day volunteering as ham radio comm for the 20th LA Marathon. First I set up an APRS tracker in an LAPD unit, then I shadowed the assistant race director, who shadowed the race director. I got an “all access” pass as well as a “V.I.P.” pass and at one point was within an arm’s length (yes, literally) of Scott Bakula (who was running the race) and Muhammed Ali (who was not). Muhammed is only 62 but he has pretty severe Parkinson’s, which was evident upon his arrival. That, of course, did not affect his sense of humor at all. I was probably close to other recognizables, too, but I didn’t recognize them if I was. Although I’m pretty sure I walked by the mayor a couple of times.

After the first of the runners came in (you might have seen me on TV at the finish line, I was the guy in the bright orange hat and the goofy radio headphones following around a guy in a yellow jacket), I headed up to the CP (Command Post) where I proceeded to track the LAPD unit as it drove behind the sweeper vehicles at the end of the marathon. The sarge made it back to the finish line after 18:00 and I took back my tracker and hit the road. All-in-all a productive, fun in a weird why-am-I-volunteering-but-it’s-fun-anyway sorta way. My only complaint is getting up at 3 am, but at least I’ll sleep well tonight. 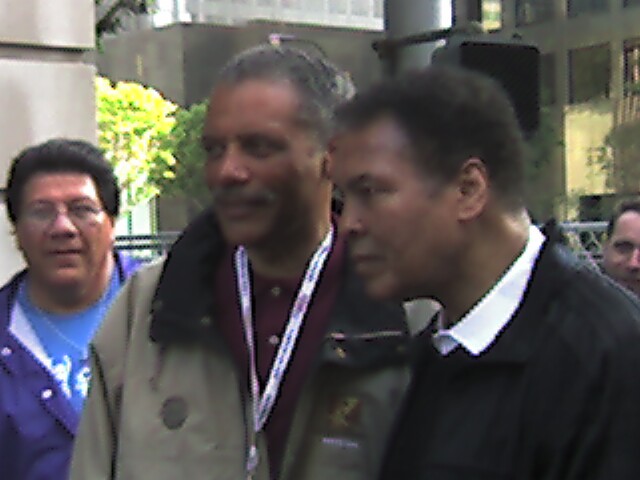 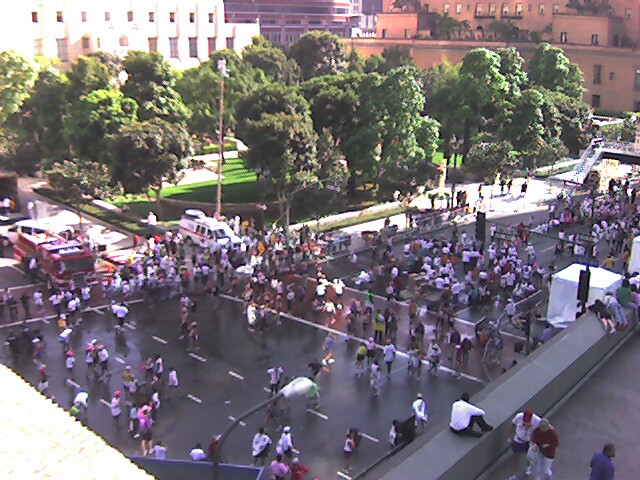 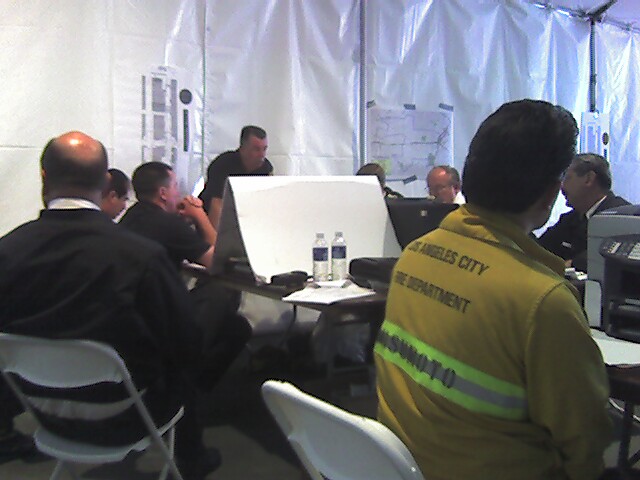